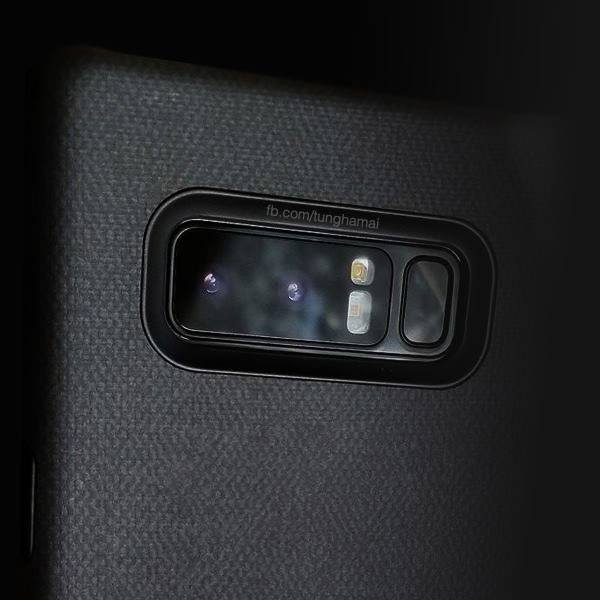 The Note series has been somewhat of a controversial topic for Samsung recently ,the company , which lost billions over the Note 7 fiasco has so far recovered from the sudden nosedive , and are now preparing to courageously launch the next installment of the Galaxy Note series - The Note 8 . But as always , leakers apparently caught wind of this device and decided to apparently snap and leak pictures depicting a case and the dual camera module which can be seen above .

Although we are not sure of the final specifications for the Note 8 , the rumors indicate that it will feature  6GB of RAM paired with a Snapdragon 835 processor or a Exynos 8895 processor depending on your location . The cameras are said to feature 2x 12MP sensors and feature the dual camera witchcraft found on devices with this feature already ,rest of the specs are not mentioned yet , but the battery information leaked so far does indicate that the phone has a 3300 mAh unit onboard

Samsung is also said to continue the 3.5mm headphone jack this year as well ,the company  is expected to launch the Note 8 during IFA this year.