Nokia 1020 red version will be coming to Telefonica italy , may launch in other countries soon 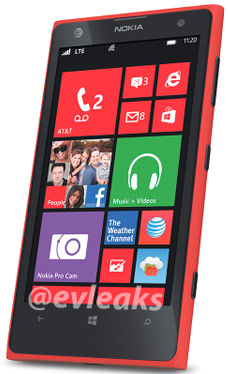 It appears the Lumia 1020 in red will be coming to Italy, according to a recently uploaded official firmware of the device. We remembered that Nokia has announced Telefonica will be launching its own exclusive version of the Lumia 1020. We guess this red flavor of the cameraphone might be it.
If true, then we might see the red Lumia 1020 launching via Telefonica on various markets worldwide, including Italy, Spain, UK (O2), Slovakia , Brazil, Argentina, Chile and other Latin and South America markets.
reported by Unknown at 12:18 PM