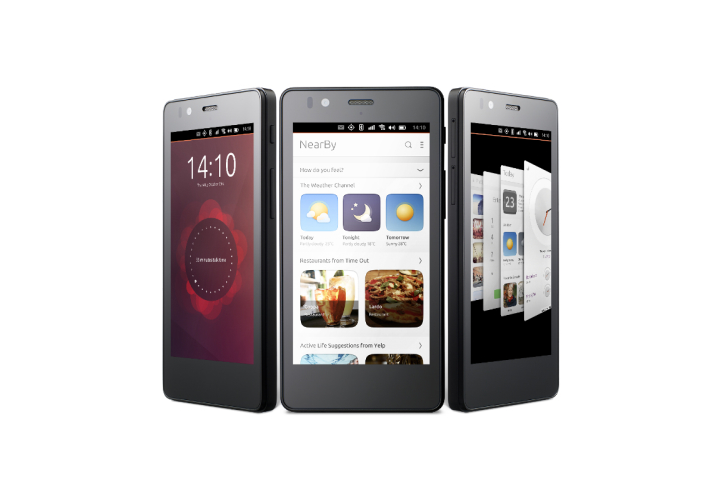 Ubuntu has once again tried their hand at making a smartphone ,although their first attempt didn't go well , Canonical - the guys behind Ubuntu are now partnering with OEM's to produce ubuntu running smartphones including this new BQ Aquaris E4.5 (Ubuntu edition) , this phone , which originally came with Android out of the box , is now re purposed as a Ubuntu smartphone .The phone packs mediocre specs , but its low price and its software might woo in some of the eager tech crowd . The phone packs a 4.5" 540x960 resolution IPS display , a  1.3 Ghz Mediatek Quadcore processor (Cortex A7) and it has 1GB of RAM with 8GB of internal storage , the phone has a 8mp rear camera with a 5mp front sensor , the phone also has a dual LED rear flash . Overall the phone is expected to retail in Europe either as a unlocked model which retails for about EUR 169 ($192) or come as a part of a "sim-bundle" in (3) Sweden , Amena in Spain or giffgaff in the United kingdom .Currently ,Canonical has no intention of selling the phone outside of its European comfort zone , but the company is expected to work on launching it in other countries in the future .