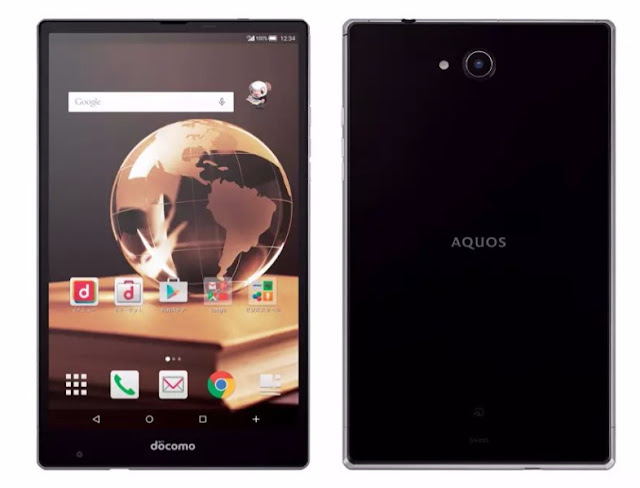 Sony's Xperia Z4 tablet was the first tablet to feature a Snapdragon 810 chipset , although some smartphones packed the new silicon , the chipset is quite rare in the tablet world as many others have shifted to Nvidia's Tegra or Intel's Atom platforms .Sharp - a Japanese tech OEM has now unveiled a 7" Android 5.0 tablet with the Qualcomm chip which , sadly is only for the Japanese domestic market .Introducing the Sharp AQUOUS SH-056 - the tablet , intended to work on Japan's mobile carrier DoCoMo , is 4G capable  out of the box , the tablet is powered by the Qualcomm Snapdragon 810 - a a 64bit chip clocked to 2 Ghz .the chip is supported by 2GB of RAM and 32GB of onboard storage which is expandable , the tablet has a 7" 1920x1200 IGZO display developed by Sharp . The tablet has a 8mp rear camera with a single LED flash and a 2.1 MP front facing one . The battery of the device is said to be 3900 mAh and even with this , the overall thickness of the device is just 8mm . The tablet , as stated above ,is 4G capable and it is set to run on Docomo's premuim 4G network facility which allows 225mbps transfer and download speed , the tablet also doubles as a phone as it can be used on VoIP calling , Availability outside Japan is not known , and  since many Sharp mobile devices never venture outside its home turf , there is a very high chance that this tablet will just be another thing we wont be able to buy .