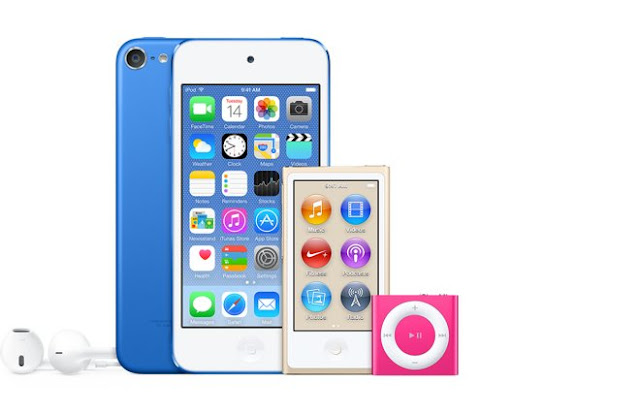 With Apple iPhone 6 series cannibalizing ,iPad and iPod sales , devices like the humble iPod touch were probably expected to hit the guillotine early on in the year 2015 but apparently they are set to refresh the lineup for another year following today's alleged Apple event . The event - which in Apple tradition is set to take spontaneously but leakers managed to get wind of the event early on , according to the leaks  , the iPod Touch , the iPod Nano and the iPod shuffle are said to get some new colors and a possible hardware upgrade for the iPod touch to make it viable for the 64bit only versions of iOS for the future . The Shuffle and the Nano were very popular during the early days of smartphone adoption but it quickly faded out as its younger audience dropped dramatically , the two models  currently come in a small pallet of colors which are now said to get a Deep blue option replacing the steel blue in the previous iterations along with a new Champagne gold option akin to the Gold iPhones  , there is of course a new color - a previously unseen Hot pink (magenta) said to come on all models of the iPod range . The iPod touch meanwhile is said to get more than just a small cosmetic up as the chipset inside the device is said to hit 64bit as the Apple A7 is rumored to replace the old 32 bit Apple A5 soc on the previous model , the rest of the specs are said to remain similar to the old model and apparently the price might possibly remain the same as the outgoing model(s) 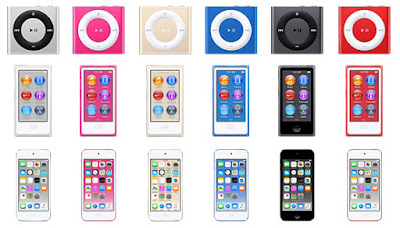