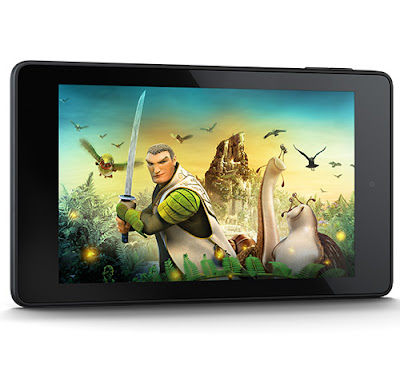 Amazon struck gold with the original 7" Kindle fire tablet a few years back . The tablet revolutionized the tablet industry forever as it paved the way for the Nexus 7 and the iPad Air , bringing the small tablet pricing down so everyone could own one .Although the $100 Kindle fire tablet still exists in new iterations, none of the successors really had any impact as competition in the tablet market is very tough as Samsung and Apple basically own the turf . Amazon , not let down by the not so great sales of its high priced tablets and failure of its Fire Phone are now allegedly planning to launch a even cheaper $50 Android based Kindle tablet aimed at new users (possibly children) as a affordable device fot the Christmas/Holiday season .The alleged $50 tablet is said to be made on the already cheap $99 Kindle Fire HD6 chassis so we can expect to see a similar 6" panel inside .The tablet might also skip on the rear  camera and there are rumors that it will come with only one speaker ,however it is , if a $49  Kindle fire does go on sale , it will surely heat bargain tablet market for sure