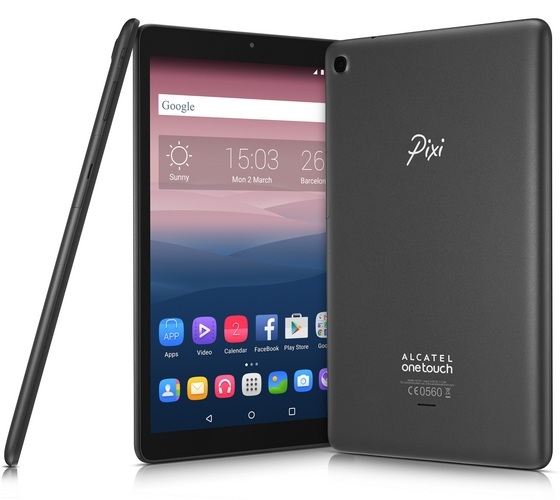 
Alcatel has anounced a new 10" Android tablet named PIXI 3 (10) .The tablet  a 10" Android tablet has a resolution of 1280x800 which gives it just a ppi of 149 . The tablet , rocking a dual core Mediatek MT8127 chipset clocked to 1.3Ghz , this chip is based on the older Cortex A7 architecture so dont expect any multitasking or high performance from this device .The tablet has 1GB of RAM , 16GB of storage with a MicroSD card slot and a 5MP rear camera and 2MP front camera .The tablet comes only in a WIFI version so it will definelty be on the more affordable side of the table . 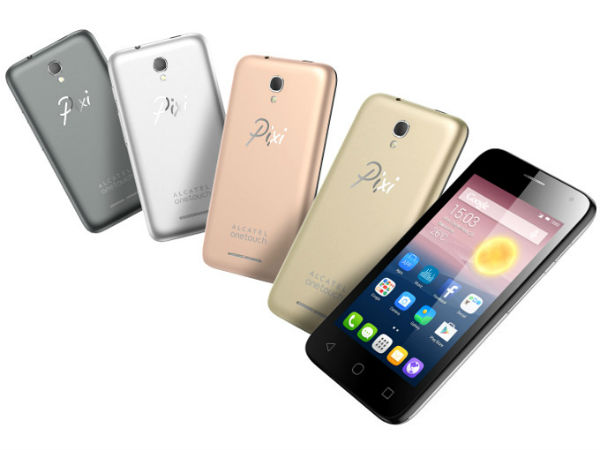 A phone born from the parts bin , that's probably what describes the OneTouch Pixi first best . The phone , powered by 512MB of RAM and a 1.2Ghz Spreadtrum SC7731 QuadCore processor consists of just 4GB internal storage but that can be expanded via MicroSD .The phone has a quite retro style 4" LCD display with a resolution of 480x800 and it has 3G and FM radio as listed features . Although the capacitive buttons are designed after the keys found in Android Lollipop , don't expect it to be on board as it only comes with Android 4.4 Kitkat out of the box .Pricing is still not available , but we wont be surprised if it costs double digits