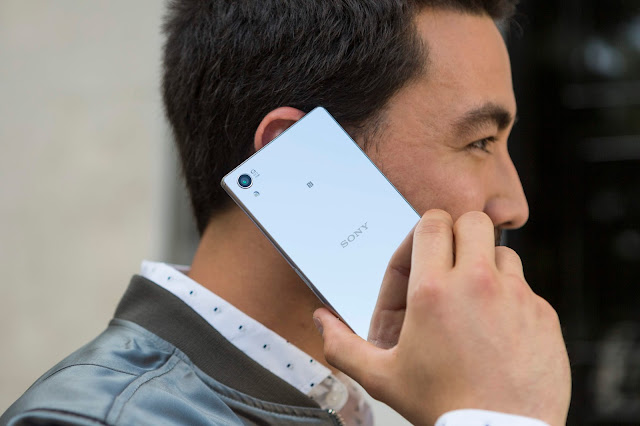 Sony has officially unveiled the three new successors to the flagship Xperia Z lineup . The trio - the Xperia Z5  - a spiritual successor to the Z3+ , Xperia Z5 compact - a compact edition packing good hardware similar to flagship models and the Xperia Z5 Premium - a phone that is set to pack even more punch thanks to its high res screen (and high price tag)

The Sony Xperia Z5 Premium is basically a new product category for Sony .The phone , which was originally rumored to be launched with a more posh name and a new product line other than "xperia" has now finally found home in the good ol' Xperia Z5 category where it sits as Sony's current flagship . The up market Xperia Z5 is basically Sony's most advanced handset yet , although much of its internals are derived from the Xperia Z5 , the display of the phone is where Sony's money is at as it now has a resolution bump to 4K - a resolution previously unheard of in the smartphone display world . This display , which is miles away from Sony's current 1080p panels is also one of the brightest and the most vivid ones yet , the 800+ ppi count is surely overkill for a smartphone , but in a year or two it might be a de-facto standard ; The rest of the device , including its side mounted fingerprint sensor are all standard features on the "Z5" series .

Inside the flagship Xperia  we have a new generation Snapdragon 810 , although Qualcomm refined the Snapdragon 810 many times over , there is still a bit of skepticism over how cool things will get when you really start pushing this bad boy to its limits . The Snapdragon 810 - clocked to a reasonable 1.5Ghz is possibly the most thermal efficient version of this 64bit octa core chip yet .The chip is backed up with Adreno 430 GPU and 3GB of RAM . There is now a 32GB option at the base model which marks the end for the 16GB base model present in earlier generations .

Sony has also been graceful in making its camera experience a lot better as the new phone features a 23MP rear camera - this new camera module is also another first for the Xperia series as all previous versions from the Z1 to the Z3+ were all stuck at 20.7 MP .The new model has a F2.0 Aperture a 24mm focal equivalence and 120fps on 720p and 4K video recording .The module can shoot 23MP in 4:3 and 20MP in 16:9 aspect ratio . a front facing 5 mp shooter is present on the Xperia

Other specs include NFC , a dual front firing speaker system , Sony's excellent IP 68 certification and a 3430 mAh - the largest battery put on a xperia since the Xperia Z2 of 2014 .