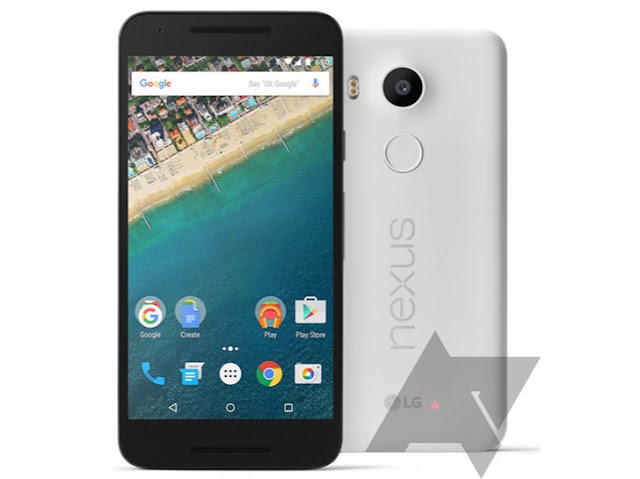 Google is probably planning to launch two nexus devices at their September 29 event , one being the Huawei Nexus 6P and the other - the LG Nexus 5X - a handset that replaces the successful Nexus 5 made by the same company a few years back .The Nexus 5X , which is sort of the entry level nexus comes in three color options - white , black and a new ice blue option .The handset as previously leaked , packs a Snapdragon 808 Soc - which is a 6 core chipset packing 2 A57 cores and 4 A53 cores and Adreno 418GPU , 2GB of RAM is said to be present as well as 16GB of local storage . A 13MP rear camera is rumored to be present on the camera along with a dual LED flash . The phone also features a 5MP front facing sensor and a fingerprint reader on the back of the phone which is another first for the Nexus series .The phone is said to come with a 2700 mAh non removable battery and  it is rumored that it will support wireless charging , pricing details are still sketchy , but do expect to pay atleast $349 - $399 for this nexus device once it officially gets unveiled next week 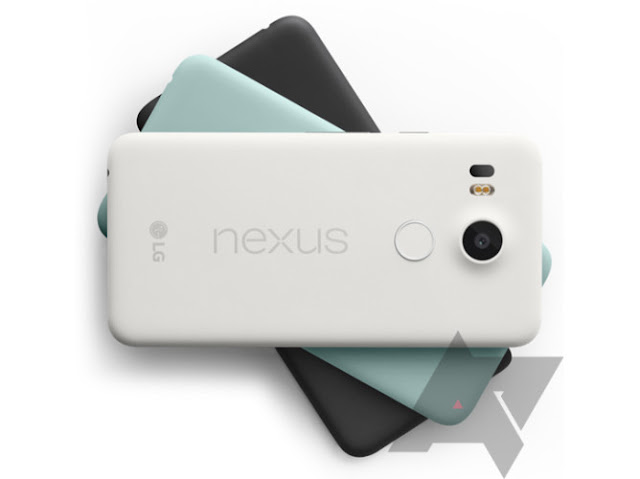 Source - AndroidPolice
reported by Unknown at 11:53 AM