Apple announces 9.7" iPad Pro - brings all the bells and whistles from the bigger model 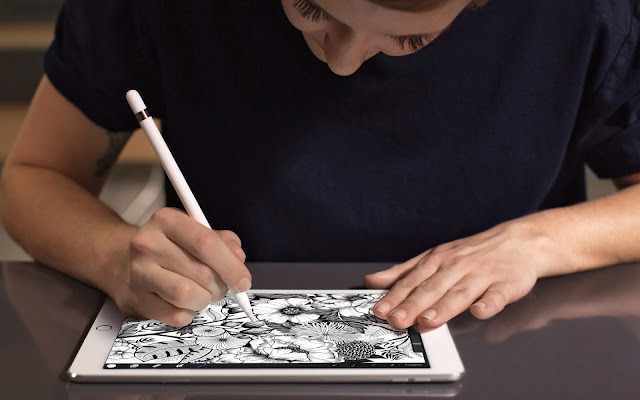 When Apple launched the 12.9" iPad Pro last year , it created a bit of a ripple in the iPad community and many worried whether Apple is really set on killing off the iconic tablet size from its lineup , but today ,Apple has one again showed its commitment to keep the iPad line updated by introducing a new iPad Pro - now in 9.7" flavor . 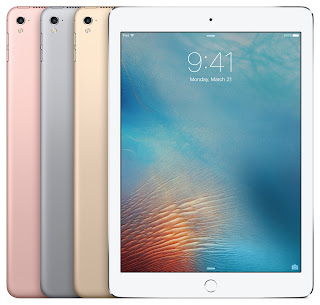 The new iPad , launched along side the pocket friendly iPhone SE  packs iOS 9.3 - the latest iteration of the iOS 9 platform . The new iPad , which is said to bring down the same Apple pencil based experience is now slightly more expensive than the outgoing iPad Air 2 ( $599 ,$699 and $799 ),but these new additions to the 9.7 "   iPad  transforms the tablet from being a media focused system to a semi workhorse tablet .  And unlike the previous "bulky" iPad pro , this is more compact and easy to live with and considering this , Apple has brought in the same 4 speaker surround sound system and a 12MP rear sensor with 4K recording and a LED flash (very few tablets have a rear facing flash)  .The tablet also features a 1.2MP HD front facing camera with its own backlight flash for selfies .

Source - Appleinsider
reported by Unknown at 12:25 AM