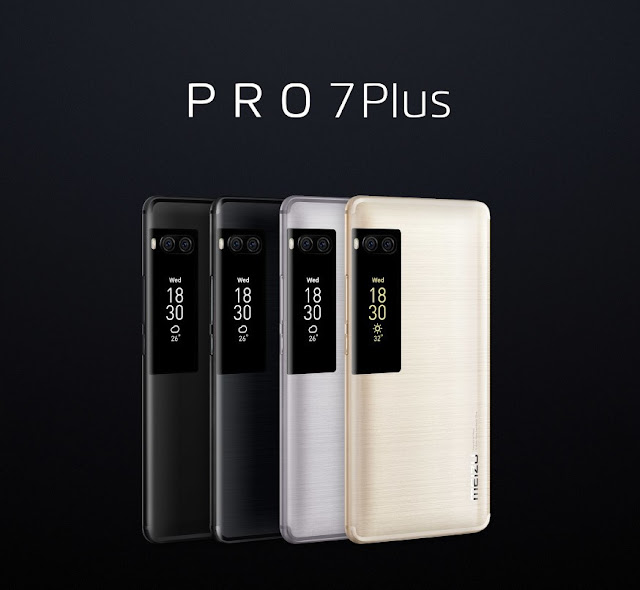 Meizu has officially announced its Pro 7 Plus flagship smartphone for 2017 . The phone , which breaks the typical smartphone design trend by featuring a second rear facing display (Similar to Russian Yotaphone ) is also bringing in Dual cameras into Meizu's smartphone cv . The phone , based on the 10 core Mediatek Helio X30 (2.6Ghz - dual Cortex A73 cores , 4 A53 cores and 4 A35 cores for low power) chipset and 6GB of ram is certainly up there in the raw horsepower department and combined with the 64 or 128GB storage options is also quite well spec'd in that department as well  .

The phone , like most smartphones with dual cameras , use Sony's IMX368 1/2.9" sensors with one Bayer RGB panel and one without it for monochrome detail (similar to Huawei's P10) . The dual 12 MP sensors have a 1.25 micro meter pixel size  and feature phase detection AF and F.2 aperture . The front features a 16MP shooter 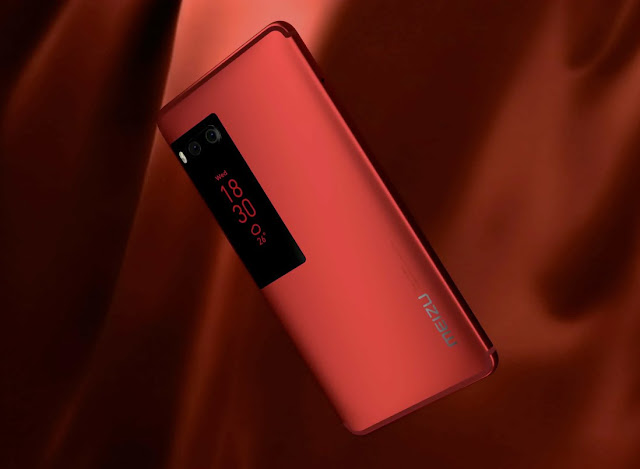 The displays on the Plus model is certainly the biggest attention grabber on this unit . The front features a 5.7" QHD (2560x1440p) AMOLED display and a smaller OLED panel at the back which can be used for information like weather and music information . This is however not available as a full color display and therefore only works as a monochrome display unit (similar to Yota) The phone will have a Cirrus logic CS43130 audio amp for 32bit audio processing  and a 3500 mAh battery with quick charging (mcharge 3) 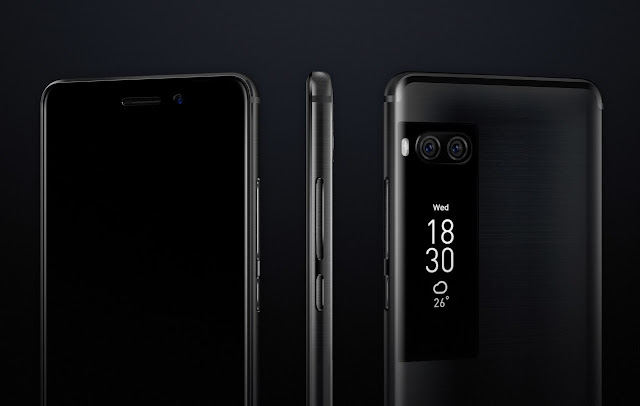 As for Availability , the company says the phone is currently set to retail in China and possibly in some others in the region . The company will also have a lower tier Meizu Pro 7 model with a 5.2" 1080p display and a 3000 mAh battery and a slower Helio P25 processor .